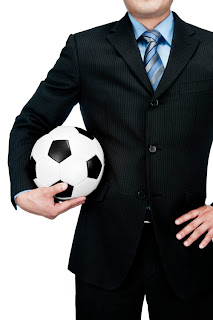 Mark Colvin of Leanpal Ltd was recently engaged by a firm to mentor a Production Manager as part of his continuous professional development sponsored by the Managing Director.
The firm was in the middle of a major factory re-layout project, and the MD was taking on most of the tasks. He had tried to delegate certain tasks to the Production Manager, but deadlines had been repeatedly missed and there seemed to be no sense of urgency. Missed deadlines had led to complacency and often the tasks were not even re-scheduled, just left “hanging” until the MD stepped in again.
The Production Manager had had several formal training sessions, off-site in a classroom environment, but much of the learning had not been transferred back into the workplace.
It is well known that much of this classroom type of training can be ineffective, if it is not supported back in the workplace by practical follow-up.
A previous project for another client  a few years ago demonstrated the same issue - some people had been on an intensive 6 day residential continuous improvement course with 12 hour days and evening “homework”  - on return to their workplace they were so “punch-drunk” they didn’t know where or how to start.
Off-site training courses often seem to represent good value for money in terms of cost per head, but if the delegates are not motivated and supported on their return to work the retention of the learning points quickly deteriorates, and the implementation of improvements becomes less and less likely. Direct mentoring appears more expensive at first sight, but the long-term effectiveness and the business benefits are likely to significantly outweigh the cost.
In many cases the key to unlocking peoples’ potential is to understand the context in which they operate, then tailor the support to suit the individual’s work environment and behaviours.
Diet & exercise experts suggest it takes at least 2 weeks to change habits and adopt new behaviours   - so why should we expect a short off-site training course to deliver radical change?
In the case of the Production Manager the first intervention was observation of a typical “day in the life of” over 2 days followed by gentle suggestions on how to break dysfunctional ways of working.
Management style was explored using Time Management tools, situational leadership concepts, and better structured meetings.
Roles and responsibilities have been thoroughly discussed. Working relationships with peers, subordinates and the boss were examined and challenged.  As part of the mentoring and coaching, practical application of the tools and techniques was key, plus ongoing follow up to ensure the processes stayed in place over several weeks.
The mentoring process has allowed the Production Manager to raise his game, select appropriate priorities, delegate more and manage his time better. As a direct result some people management decisions on people previously put off as “uncomfortable” have now been taken, to the relief not only of the manager but also with the people involved.
As a result of the programme the Manager has not only generated more time to spend on the factory layout project tasks, he has also increased his control of the production management systems and gained more respect from the boss, subordinates and peers alike.

Registered in England with registered number 7196569